Although naturally occurring in the environment, manganese at elevated levels in drinking water can pose serious health risks when untreated at the water treatment facility. A link exists between manganese in drinking water and negative neurological issues in children and infants.

A public utility in West Virginia had between 0.45 mg/L and 0.62 mg/L of manganese in their raw water along with a number of water discoloration complaints from the local community. Aulick was asked to address the issue of manganese and develop a solution that would effectively treat the problem.

The 168 days of data included in this case study were provided by the water treatment plant operators and cover a period of over 6 months. The average manganese concentration in the raw water was 0.54 mg/L with a standard deviation of 0.04 mg/L. The highest concentration of manganese was recorded in March of the study at 0.62 mg/L, and the lowest was recorded in December of the study at 0.45 mg/L. The first graph (black) shown below in the gallery illustrates the frequency of various manganese levels as measured by the number of days per concentration.

Aulick proposed feeding Clarus, Patented Water Treatment Technology, before the filter and prior to applying an oxidizer in order to sequester the unoxidized manganese with the Clarus. Our results were better than expected.

As shown in this study, sequestering unoxidized manganese prior to oxidation can be an effective method of reducing water-color related customer complaints.

Graph 1 - various manganese levels as measured by the number of days per concentration. 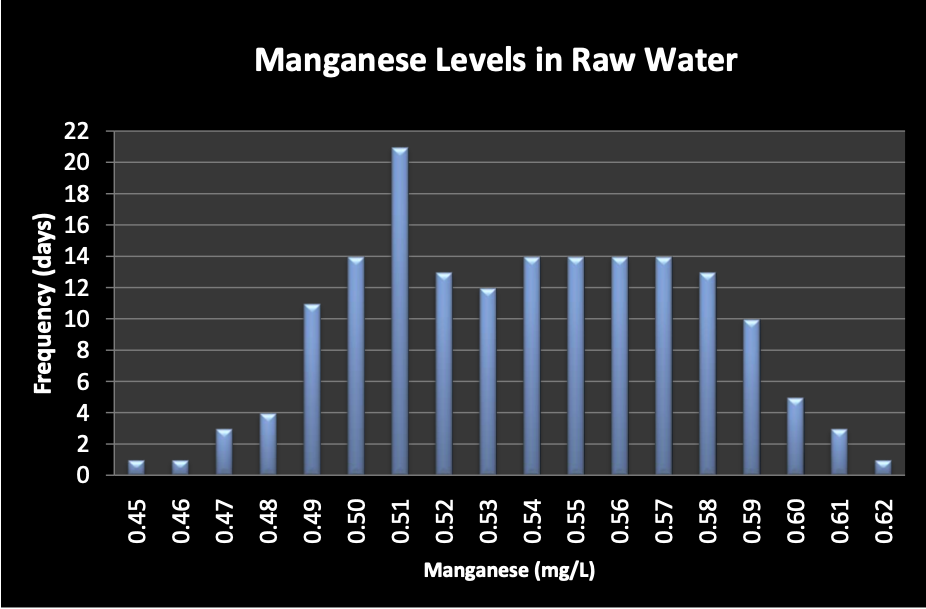 Graph 2: 29 days when 96% of the total manganese was sequestered 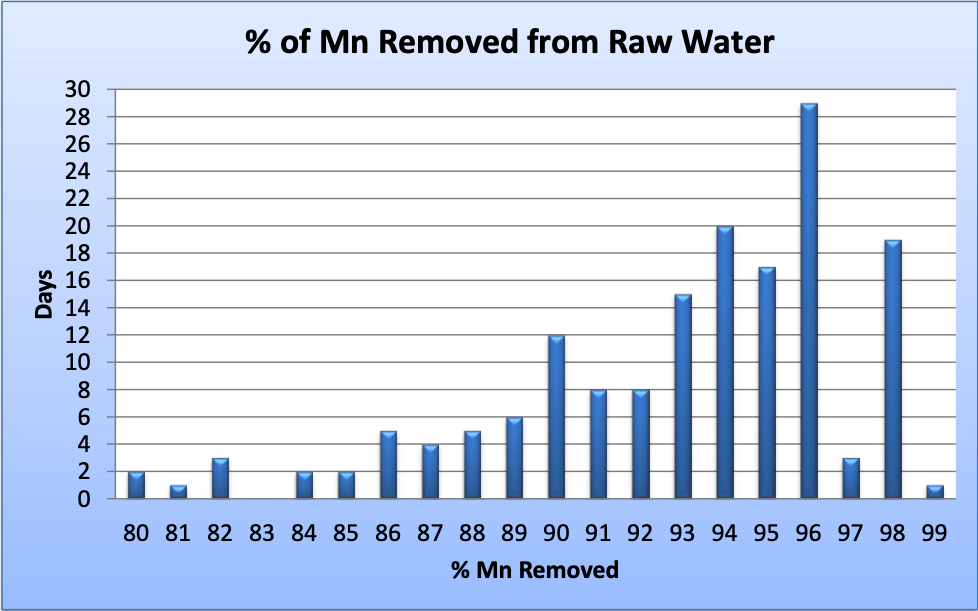 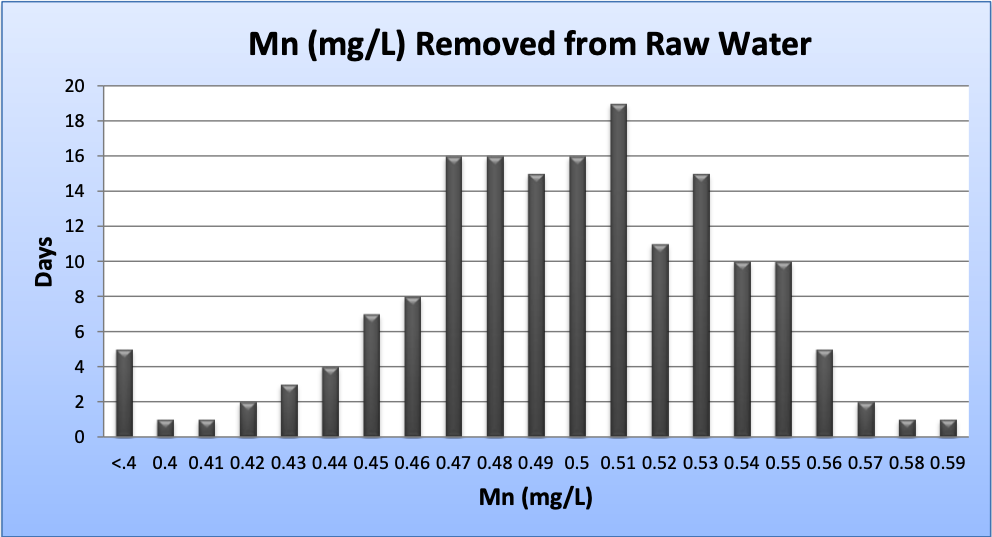